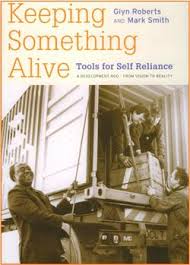 Glyn Roberts, who lived from 1937 to 2016, was a remarkable man and much loved. The purpose of this site is mostly to host a family memoir, which Glyn wrote in the final two years of his life, hoping it would especially interest his grandchildren and future generations.

In addition to his memoir, Glyn wrote and published a great deal more, including a novel (“Sailing in a Sieve”), booklets on international aid and development (most notably “Questioning Development”– you can download a PDF version of it here), a history of Tools For Self Reliance (“Keeping Something Alive”) and a guide to sculptures and other artistic items he made, along with one of his sons, Daniel, on the Isle of Wight (“Curious Carvings”– you can visit a separate website, with pictures of his carvings, and a blog describing the making of one, plus photos, here).

The site is maintained by his son, Adam Roberts.

Two celebrations (see https://glynroberts.org/events/) of Glyn’s life took place in June 2016. On Saturday June 4th, friends and relatives gathered at one of his carvings on the Isle of Wight, and installed a plaque. On Sunday June 5th, some 100 people gathered in the sunshine at Netley Marsh, the headquarters of TFSR, near to Southampton. Later in the summer, Swedish friends and relatives will gather for a party, too.